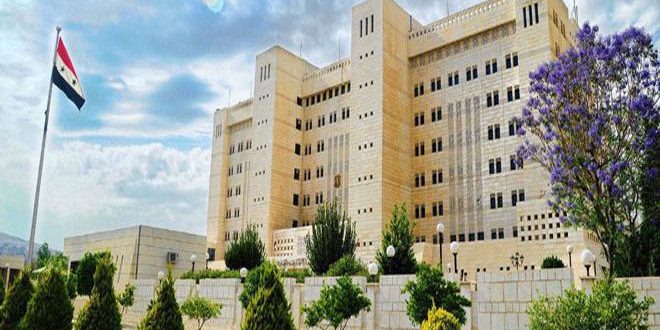 Damascus, SANA_ Syria vehemently condemned as “null and has no legal impact” the US attitude towards the Zionist settlements in the occupied Palestinian territories.

“Syria strongly condemns the US position towards the Zionist settlements in Palestinian occupied lands which forms a blatant violation of the International Law and UN resolutions on the legal status of the occupied territories,” an official source at Foreign and Expatriates Ministry said in a statement to SANA on Tuesday.

Syria confirms, according to the source, that the US position is void and has no legal impact as it is for Washington’s attitude towards al-Quds “Jerusalem” and the occupied Syrian Golan.

The source concluded by saying that this positions shows, once again, depth of the gap which separates the USA from the International Community due to its fool policies which are controlled by a mentality of hegemony and arrogance. 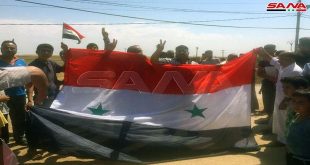