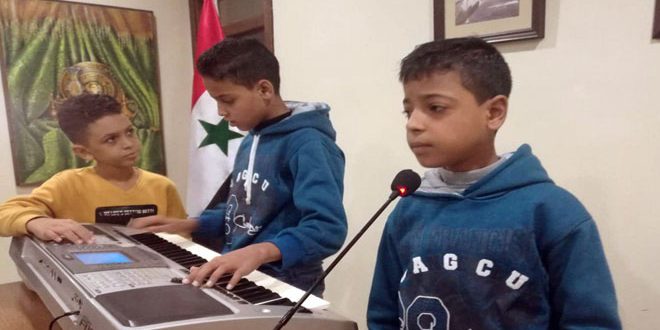 Damascus, SANA_  The Damascus branch of the Arab Writers Union has chosen to open its cultural week (from evening to sunrise) with an activity by creative children in the field of music, singing, writing poetry, story and thought.

On the occasion of the 50th anniversary which marks the founding of the Writers Union, Head of the Damascus book branch Mohammed Hourani said: “We wanted to open this week with an activity  entitled (childhood guitar.. youth of tomorrow) for the belief that children are  the builders and writers  of the future. This event comes in conjunction with the  victories of our army.

One-week artistic exhibition will be among the activities of this event.

The creative child Shahed al-Sa’edi read two poems entitled (eagles of the earth) and (the secret of hope) by which she expressed the sacrifices of the Syrian Arab Army in defense of the homeland.

The child Mohammad Arida also participated in the event through a poem about the martyrs of homeland, expressing his pride over the victories they achieved during their battles against terrorism. 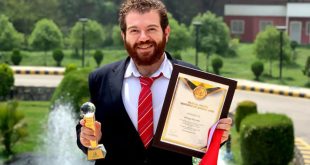