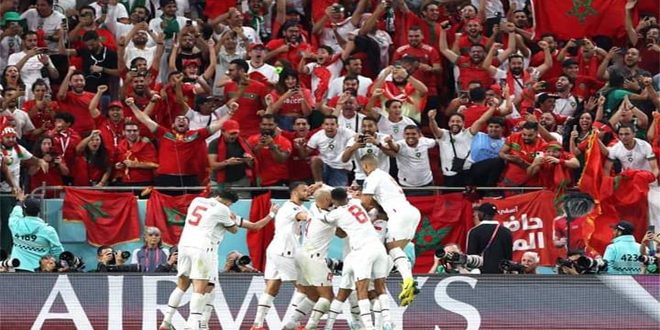 Doha, SANA- Morocco pulled off another shock at the World Cup on Sunday, beating Belgium 2-0 at FIFA World Cup , Qatar 2022.

Morocco sit on top of Group F with 4 points, while Belgium moved to second with 3 points, with Croatia and Canada meeting late in the day.

Abdelhamid Sabiri scored the victory goal in the 73rd minute.

Zakaria Aboukhlal guaranteed his team’s victory, with his goal scored at 90 +2 mins .

Morocco team has already tied with Croatia 0-0 in the first World Cup game.