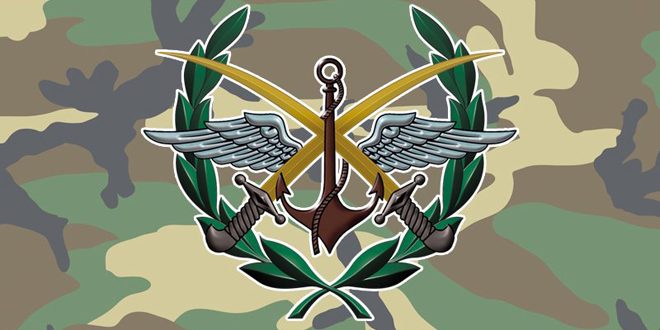 Damascus, SANA- Three soldiers were martyred, 6 others were wounded in a Turkish occupation’s aggression on some points in Aleppo countryside.

A military source announced on Tuesday that as of 14.37 to 15.00 p.m., the Turkish warplanes targeted some military points in Aleppo countryside, leading to the martyrdom of three soldiers and wounding 6 others.

The source added in a statement that the aggression comes in the context of the Turkish regime’s continued support for the armed terrorist groups.

“The Syrian armed forces responded to that aggression and targeted its sites, destroyed some of them and inflicted human and material losses to the aggressors,” the source said.

It added that other sites of terrorist organizations have been targeted.

“With the escalation of the provocations of the Turkish regime and the recurrent attacks on different regions of the Syrian lands, we stress that any attack on a military point for our armed forces, it will be met with a swift response on all fronts,” the source added.

2022-08-16
m.eyon
Share
Previous Rocket attack targets US occupation base in al-Omar oil field
Next Turkish occupier mobilizes forces and triggers warnings in preparation for a new aggression on the Syrian territories 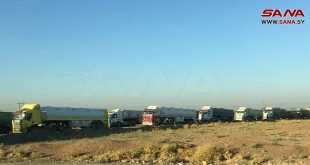