Syria and Serbia ink MoU for cooperation in agriculture field 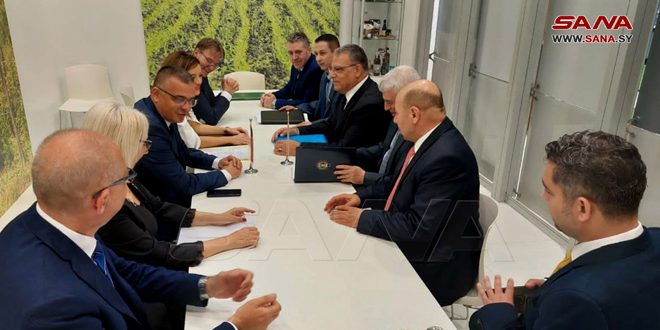 Belgrade, SANA- Syria and Serbia signed an MoU on bilateral cooperation in the agriculture field.

The MoU includes bolstering cooperation in agriculture scientific research fields ,and introducing modern technologies in the agricultural, plant and animal field, in addition to developing quality policies in agriculture and ways to implement them through the exchange of experiences and the implementation of training courses.

The two ministers held a meeting before signing the MoU, and discussed means of strengthening economic, and trade relations between the two countries.

Qatana underlined the importance of boosting the level of trade exchange between the two countries, including importing fodder and exchanging phosphate and nitrogen fertilizer products.

For his part, the Serbian Minister affirmed the importance to raise the economic ,agriculture and trade relations to the level of the political ones between the two countries.

He indicated the necessity of benefiting from the ability of the Serbian side to export many surplus agricultural products, including wheat, corn, corn and sunflower oil, fertilizers and fodder. 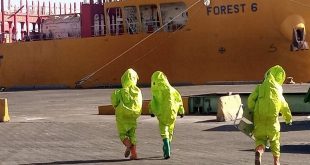 Amman, SANA-Ten people have been killed and more than 251 others injured by a toxic …