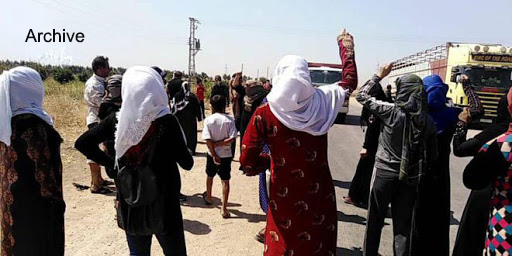 Hasaka, SANA –The armed groups of US occupation-backed QSD militia on Sunday kidnapped several civilians including women at the southern entrance of Hasaka city.

Local sources told SANA that two of QSD militants set up checkpoints at the southern entrance of Hasaka city and kidnapped a number of civilians including women and took them to unknown destination.

In a relevant context, according to local sources militants of QSD militia attacked a young girl and beat her at al-Neser roundabout in al-Azizya neighborhood at the southern entrance of Hasaka city.

Over the past months, QSD militia carried out raids campaign in the villages and  towns of the countryside of Hasaka, Deir Ezzor and Raqqa and kidnaped dozens of young men, taking them to camps in order to recruit  them in their ranks to serve their agendas linking to US occupation forces in the region.