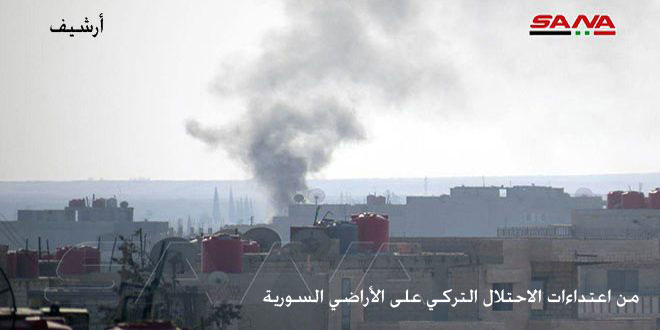 Hasaka, SANA_ The Turkish occupation mercenaries of the terrorist organizations continued their crimes against the people in Hasaka countryside, where they attacked the villages of al-Qatouf and Tal Ziab in Ras al-Ayn in northwest of the town.

Local sources said that some terrorist groups of the Turkish regime surrounded the two villages on Sunday morning from several directions amid citizens’ attempts to prevent them.

The sources added that the terrorist groups stormed several houses in the mentioned villages and looted money, jewelries and properties of people.

On Friday, the terrorist groups attacked the villages of al-Assadia, Assadia al-Sharqia, al-Safeh,Tal Khenzir and Dahmaa in Ras al-Ayn countryside , launching a number of raid and kidnapping campaigns against the locals.