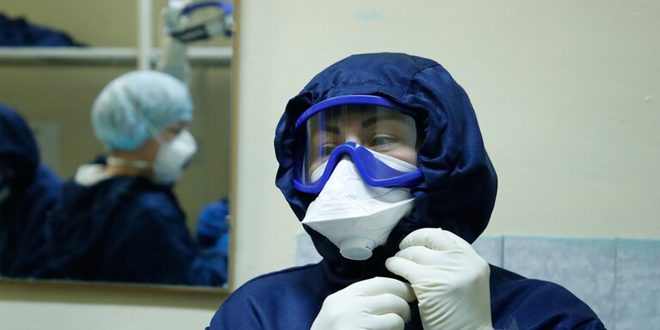 Capitals, SANA- The novel coronavirus has claimed the lives of 1,458,960 persons worldwide since its appearance last December, according to the Worldometers Website.

The Website noted that the total number of infections around the world has amounted to 62,619,399, while the recoveries have reached up to 43,225,507.

The United States still tops the list of the worst-affected countries with 1,610357 infections, meanwhile the total number of deaths has reached 272,254 after registering 369 new deaths.

India came in the second place with 9,393,039 infections, and 136,733 deaths, while in Germany, the data of Robert Koch Institute for Infectious Diseases, on Sunday showed that 14,611 infections have been registered, bringing the total number of infections to 1,427,700, while 158 new deaths have been recorded, as the death toll has climbed to 16,123 cases.

2020-11-29
rafah
Share
Previous Rainbow Choir presents the fourth version of “Perspective” at Dar al-Assad Theater in Lattakia
Next Syrian Grain Foundation: Fire erupted in the silo of Tartous Port did not affect the stored wheat and the cells of the silo, the stock is intact, and damage was limited to the building block and electrical network