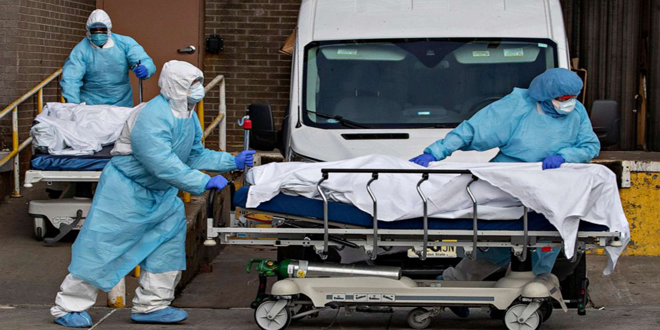 Washington, SANA- The number of the registered Coronavirus worldwide has exceeded 20 million, nearly quarter of them have been recorded in the US.

According to statistics by Worldometer Website, the number of the reported infections around the world has reached up to 20,258,243 while the death toll has climbed to 738,965 and the recoveries amounted to 13,189,392.

More than a quarter of the recorded infections worldwide have been reported in the United States with the total number of infections reaching 525,1446 while the death toll amounted to 16,6192 according to the website.

In Germany, data from Robert Koch Institute for Infectious Diseases showed an increase in the number of the detected cases by (966), bringing the total number of infections to (217,293) and deaths by four cases to (9201).