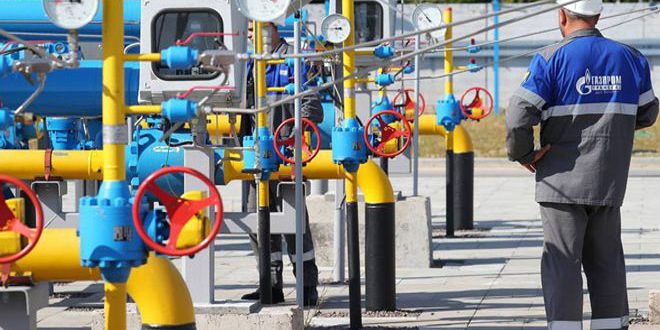 MOSCOW, SANA- EU states continue withdrawing gas from their underground gas storage (UGS) facilities, with reserves having slipped below 95%. On November 21, 251.4 mln cubic meters of gas were withdrawn from EU countries’ UGS facilities, and around 35 mln cubic meters of gas were pumped, according to data provided by Gas Infrastructure Europe (GIE). The heating season started in Europe on November 14.

Russian gas supplies to Europe in transit through Ukraine remain at previous volume of 42.4 mln cubic meters via the Sudzha gas distribution station on November 23, according to data released on the website of the Gas Transmission System Operator of Ukraine (GTSOU). The transit line through Ukraine remains the only route to supply Russian gas to western and central European countries after Nord Stream was damaged.

Gas deliveries via Nord Stream were fully suspended in early September until oil leakages at compressors of the Portovaya station were fixed. However, on September 26, unprecedented damage was registered at three lines of the Nord Stream 1 and 2 pipelines. Swedish seismologists reported two explosions recorded along the Nord Stream pipelines. The timeframe for the recovery of the gas transport infrastructure is impossible to estimate so far.