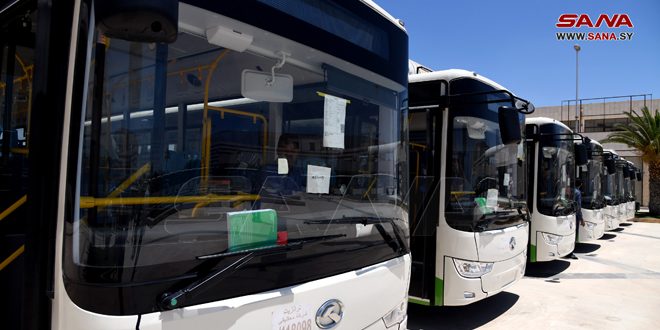 Damascus, SANA- Ministry of Local Administration and Environment received on Wednesday 100 buses- as a second batch- of the domestic traffic-buses provided by People Republic of China(PRC). Hussein Makhlouf, Minister of Local Administration and Environment said that since the beginning of the war waged against the country, China has always been backing Syria and providing much support especially in the humanitarian and relief domains, “not to mention the bilateral cooperation with numerous Chinese companies in the domain of Renewable energy.”

He added that Syria hopes further bilateral cooperation would cover all other sectors.

For his part, Assistant Foreign and Expatriates Minister, Ayman Sousan, said that this batch shows part of the supporting stance provided by China for Syria that confirms deep-rooted bilateral relations. Sousan added that China has always working to ease the suffering of the Syrian people ,condemning the states standing on the other side which loot the Syrian resources like wheat and oil.

Chinese Ambassador to Syria, Feng Biao, said that the Chinese stance comes within the framework of supporting the Syrians to confront the crisis and unilateral coercive sanctions. “China considers Syria as a real partner and seeks to enhance bilateral  cooperation in all domains ,the ambassador underscored, adding “China will secure third and fourth batches of buses due to their  vital role in relieving the pressure from the other traffic vehicles . 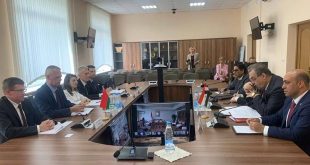 Minsk,SANA- The Syrian Ambassador to Belarus, Muhammad Al-Omrani, discussed with the Chairman of the Belarusian …