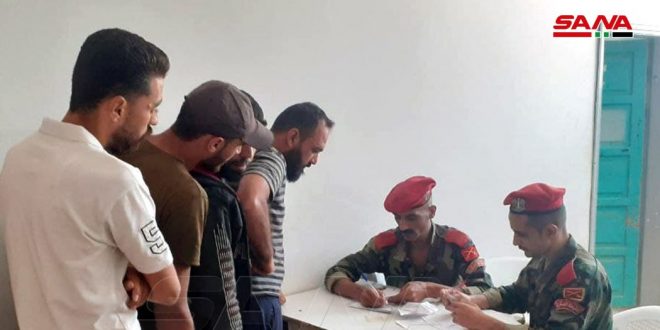 Daraa, SANA- Based on the settlement agreement proposed by the State, the process of settling the status of a number of gunmen and the wanted continued on Thursday in al- Musayfirah town and its vacinities in Daraa eastern countryside.

SANA reporter said that the settlement center that was opened by the competent authorities, in cooperation with units of the Syrian Arab Army in al-Musayfirah town witnessed flow of a number of the wanted, gunmen and military deserters from the towns and villages of al- Musayfirah, al-Sahwa and al-Karak to have their status settled according to the agreement proposed by the State, to pave the way for restoring security and stability in the province. In a statement to SANA reporter, Sheikh Ahmed al-Zoubi, one of the dignitaries in the area, said that the settlements serve the interest of the citizens and positively reflect on restoring security and improving the living conditions.

In similar statement Sheikh Ahmed al-Diyat, stressed that the settlements aim at restoring security to the entire region. 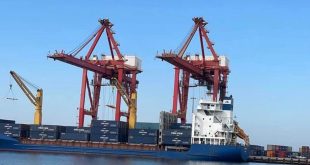 Lattakia, SANA-Staff of the General Company for Lattakia Port and company of containers station at …