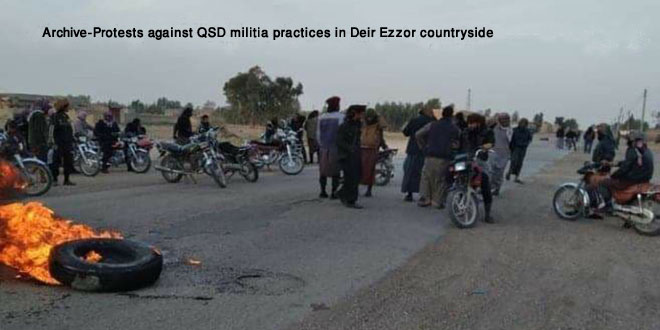 Deir Ezzor, SANA- A number of militants of the US occupation-backed QSD militia were injured in an attack that targeted one of their positions in Abu Hamam town in Deir Ezzor eastern countryside.

Local sources told SANA reporter that an attack with an explosive device and machine guns carried out by the popular factions targeted on Monday morning a military position for the QSD militia in vicinity of the water station in Abu Hamam town in the eastern countryside.

The sources pointed out that a number of militants sustained injuries of varying severity in the attack, which also caused a huge destruction to their position.

The attacks have continued on the movements and positions of QSD militiamen within the areas in which they are deployed supported by the US occupation forces in the Syrian al-Jazeera as dozens of them have been killed or injured during the past weeks, the last of which was last week, when a militant was killed in Abu Hamam town and others were wounded in al-Busaira city in the eastern countryside. 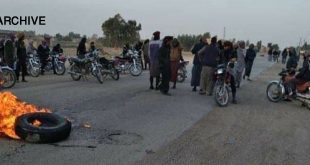 Deir Ezzor, SANA- A number of US occupation-backed QSD militia militants were killed or injured …