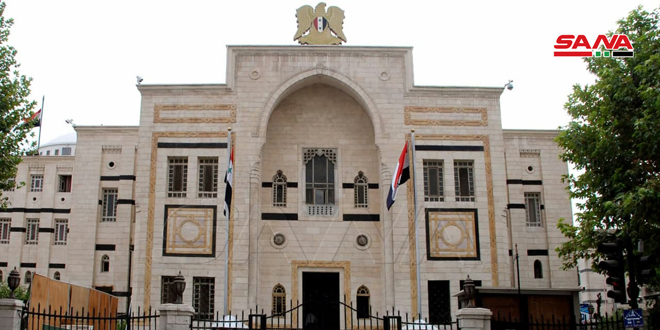 Damascus, SANA- The People’s Assembly has affirmed that the Syrian Arab Army personnel have been the main basis for preserving the security, safety and independence of the homeland, as they showed sacrifices, heroism and redemption in confronting the global conspiracy hatched against Syria, and hey sacrificed their souls to preserve their homeland, so that the future generations may live a dignified life.

On the 76th Anniversary of founding the Syrian Arab Army, in a statement, the Assembly saluted the Syrian Arab Army which has achieved victory in the fiercest war ever known in the contemporary history against the forces of evil and the Takfiri terrorism.

The Assembly noted that the previous facts and events, that we have lived over the last years and we still live till now, have proven that Syria cannot be subjected to the threats, nor to the methods of intimidation, in order to dissuade it from its national stances and principles.

It affirmed on moving forwards in the path of development and comprehensive renaissance to reconstruct Syria with the efforts of Syrian Arab Army, in cooperation with other sectors, and in light of the wise leadership of President Bashar al-Assad. 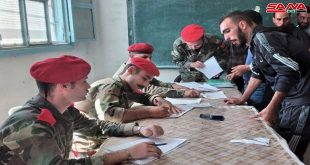 Tens of militants, wanted persons have their legal status settled in several villages and towns in Daraa countryside

Daraa, SANA- The reconciliation agreement proposed by the state is being implemented in villages and …