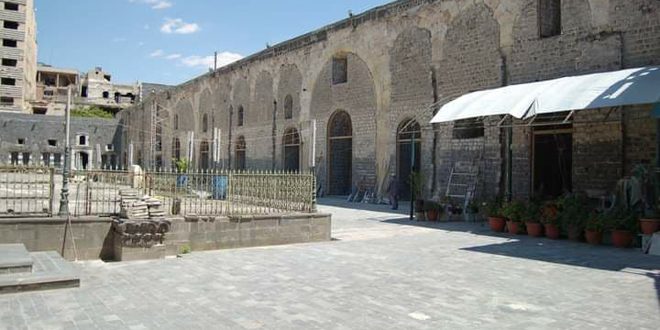 Homs, SANA_ Inscriptions in the Great al-Nuri Mosque in Homs were the focus of researchers’ attention since long time where Constantine bin al Khoury Daoud was the first one who talked about them in his manuscripts “The dates of the ancient city of Homs inside and outside in 1862”.

The Roman inscription, that is still exited in the mosque, gives answers about whether the site of the Homs Great Mosque is the same as the Sun Temple.

Archaeologist Abd al-Hadi al-Najjar believes that this controversy over the identity of this unique Roman inscription extends also to the remaining Islamic inscriptions throughout the mosque, which in their entirety go back to the Mamluk period if we go beyond the contemporary writings on the platform and in other places of the mosque.

He pointed out that the loss of the inscriptions documenting the period between the Romans and the Mamluk is undoubtedly linked to the great ruin that affected the mosque due to wars and earthquakes, especially the earthquake of 1169 AD, which caused widespread destruction and was followed by a comprehensive restoration process in the era of Nur al-Din al-Zanki 1174.

Al-Najjar refers to what was suggested by the well-known archaeologist William Waddington in 1894 that the Great Mosque in Homs is, in part, an ancient Christian church that in turn contained the remains of a pagan temple and it is possible that this place is the site of the great temple of the sun in which the Roman Emperor Gabalos was a high priest in the end of the first decade of the third century AD.

Waddington quoted his opinion in his Encyclopedia of Greek and Latin Inscriptions in Syria, which was published in 1870 as a commentary on the Roman inscription, and Henry Hayman, a professor of ancient Greek, confirms that this inscription belongs to the God of Sun in Homs. 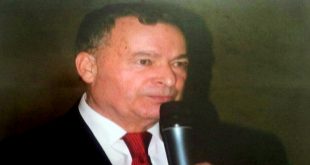