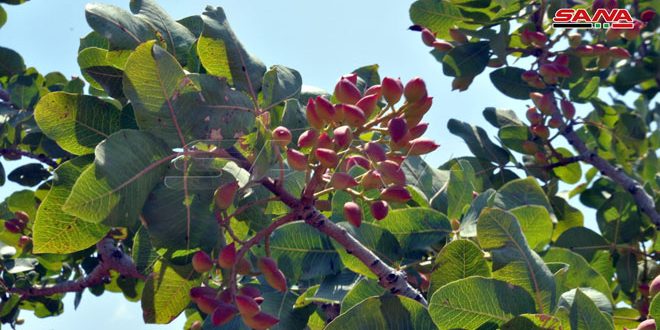 Sweida, SANA – The Agriculture Directorate in Sweida estimated the province’s production of pistachio for this season to be around 515 tons, 410 of it coming from rainfed plants and the rest for the irrigated plants.

In a statement to SANA, Assistant Director of Sweida Agriculture Directorate Alaa Shuhaib said that the production of the current season is good and better that the last one, noting that the directorate has encouraged farming pistachio in all province’s areas due to its success in the semi-arid areas as pistachio is drought tolerant.

Shuhaib said that the total area cultivated with pistachio in the province is 5780 dunums, containing 115,000 trees of which 90,000 are bearing fruit.