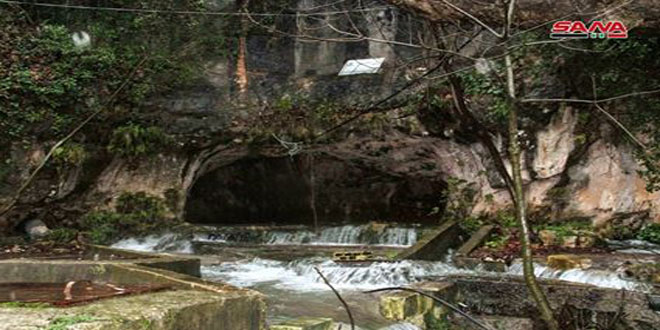 Tartous, SANA – The cave of Beit al- Wadi is located in Dwair Reslan town in Tartous,18 km north-east of Draykish .
It is a natural artistic masterpiece underground, situated in a green area and among a group of fresh springs and rivers.

According to Mohanad Ismail, the head of Dwair Reslan municipality, the cave was settled on a rocky cave wall, which was formed throughout millions of years as a result of passing massive glacier in the area.
The cave of Beit al-Wadi is famous of stalagmites and stalactite in addition to an abundant spring which passes through it.

The cave big empty space is considered as one of the most beautiful things which was discovered in Syria so far, for various of Calcareous formations which constituted more than 70 % of it.

2020-07-06
hybah
Share
Previous Locals in Tartab village, Qamishli countryside demonstrate against US occupation
Next Syrian tribes stand by the Syrian Army and call for the resistance against the US, Turkish occupation 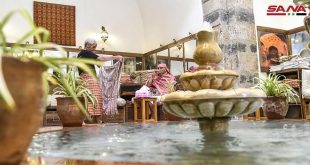