Raqqa/Hasaka, SANA – Turkish occupation forces attacked on Monday with artillery shells several villages in the northern countryside of Raqqa, causing a number of houses to burn down.

Civil sources said that Turkish occupation forces shelled the villages of Hureya, Kour Hasan, the Qazaali silos in western Tal Abyad countryside, and Hoshan village west of Ayn Issa in Raqqa’s northern countryside, causing material damage to houses, some of which burned down, in addition to causing a fire in a gas station in Hoshan.

Local sources told SANA reporter that a number of artillery shells were launched by Turkish occupation forces which fell in agricultural lands in the vicinity of Abu Rasin town and other villages near it without causing any casualties among civilians.

On a relevant note, the Turkish occupation brought in 3 tanks and several armored vehicles into Syrian territory and sent them to the illegal military base in Oum Oshba village northwest of Abu Rasin. 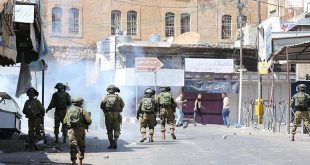