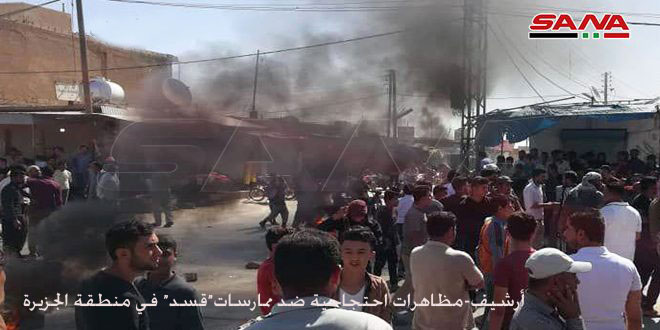 Hasaka, SANA – Qasad (SDF) groups, which are backed by US occupation forces, kidnapped a number of locals in Tal Hamis district in Hasaka countryside, amid a state of wide-scale rejection by locals of these groups and their oppressive practices.

Civil sources told SANA reporter that members of Qasad stormed people’s houses in Tal Hamis township on the background of protests against Qasad that had taken place there recently, and kidnaped a number of locals.

During the past few days, Tal Hamis district witnessed protests against Qasad practices, calling for the groups to leave the area. 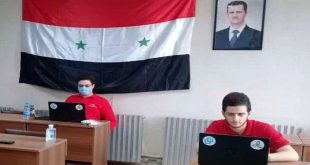 With the participation of Syria: students from 95 countries compete in the International Science Olympiad biology

Damascus, SANA- Students of the Syrian Scientific Olympiad participated alongside students from 94 countries in …