Kabalan underlines the importance of coordination with Syria 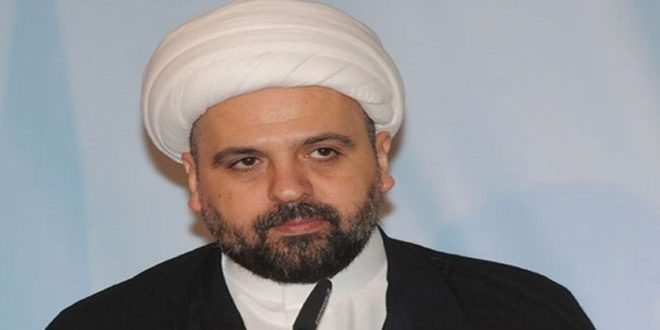 Beirut, SANA-Grand Jaafari Mufti in Lebanon Sheikh Ahmad Kabalan reiterated the necessity of coordination with Syria, mainly on the issue of the return of the Syrian displaced due to terrorism, indicating that this is in the interest of Lebanon to get out of its current crisis.

Syrian-Iraqi talks on enhancing cooperation and coordination in international circles