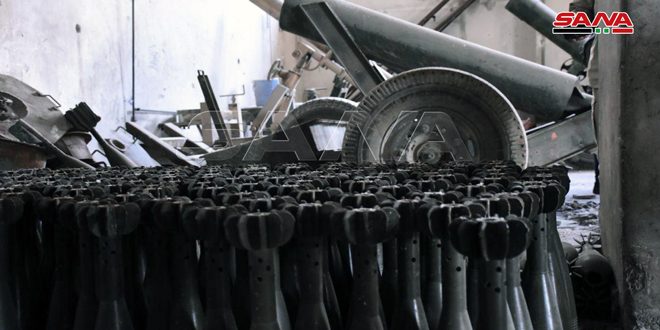 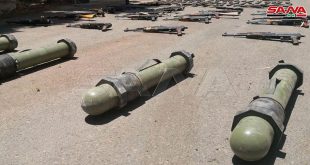 Weapons, ammo some of which Western –made, and narcotics left behind by terrorists found in the southern region 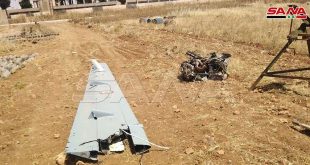 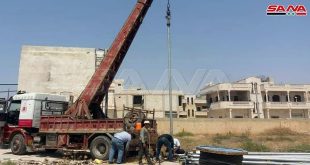 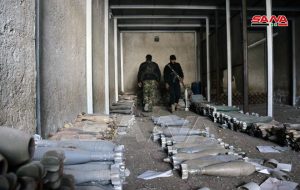 A field commander at army’s engineering units told SANA reporter that the terrorist hideouts were originally factories for manufacturing clothes, textile dyeing and then were transformed by terrorists to manufacture cannons, rounds, rocket and mortar shells and Jahannam (hell) cannons as they used them to target army points, safe areas, and residential neighborhoods in Aleppo.

He added that combing operations in areas which have been liberated from terrorism are continuous to secure the areas completely paving the way for rehabilitation them and the return of locals to. 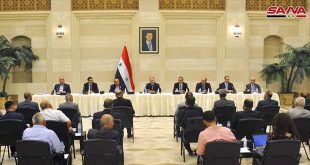