TeleSUR President expresses confidence that Syria will triumph over terrorism 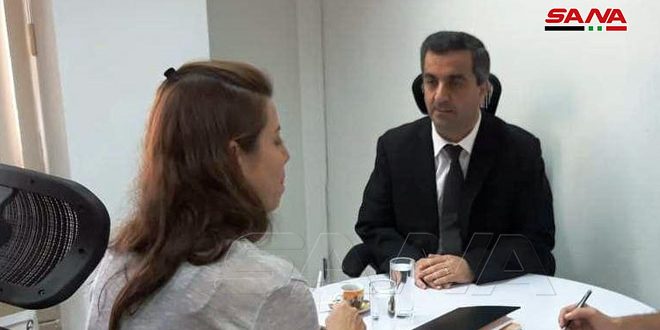 Havana, SANA- TeleSUR TV channel President Patricia Villegas expressed confidence that Syria will overcome the crisis and triumph over terrorism, hailing the heroic steadfastness of the Syria people in facing terrorism and its supporters.

Meeting Syria’s ambassador to Cuba, Idris Mayya in Havana on Tuesday, Villegas expressed high appreciation over the significant role of the Syria media since the beginning of the terrorist war in facing the misleading campaign played by the western mass media. 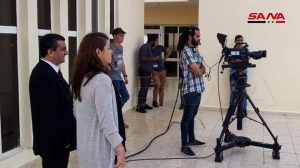 She reiterated that TeleSUR continues defending Syria and the just issues in the world.

For his part, Mayya expressed Syrian mass media rejection and condemnation against the threats and pressures campaign targeting TeleSUR.

The Syrian Ambassador voiced high appreciation over TeleSUR role in conveying the of events in Syria and the war being waged on the country, as well as the crimes perpetrated by the terrorist gangs.

Tunis, SANA-  Hundreds of Tunisians took to al-Habib Bourguiba Street in the Tunisian capital of …