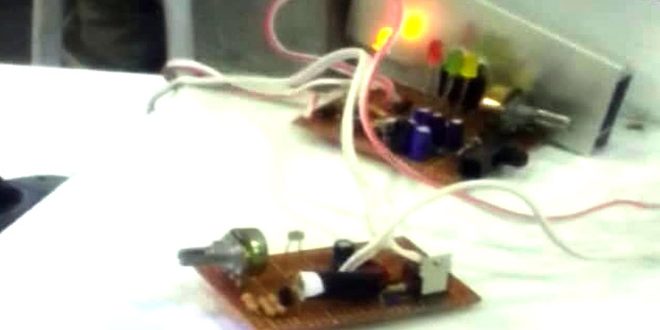 Homs, SANA- His intellectual and creative energy have been the main motivation for Syrian youth Nawras al-Jouja to look for solutions to some pathological cases, especially the neurological and psychological ones as he invented an neuroelectric device in this domain, and he received an Award of Recognition and Honor for his invention at al-Bassel Fair for Invention and Innovation last September. 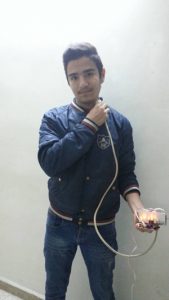 Nawras, a high school student at Martyr Abdul Hamid Al-Zahrawi School, told SANA that the idea of his invention has a humanitarian character in a large part of it as he has a younger sister suffers from a neurological disease, and on the other hand his passion for basic sciences was one of the reasons behind his invention where he has depended on his skills and knowledge of these sciences since he was a student at the ninth grade (basic education).

He pointed out that the idea of his project depends on the brain waves, indicating that his invention of an neuroelectric device is the beginning and starting point to a wider world in finding solutions for patients and healthy people alike through the use of electrical energy.

Nawras added that the device contributes to moving the paralyzed limbs and stimulates the connection of parts of the body which have been disconnected due to neurotic diseases.

The device can also be placed on the surface of the tongue which helps in creating a sense of relaxation and comfort and relieves stress for patients and healthy people alike and it can also be used for autistic patients where it stimulates neurotransmitters.

Nawras aspires to develop his invention and create new devices that put an end to the suffering of individuals with some neurological, psychological and organic diseases. 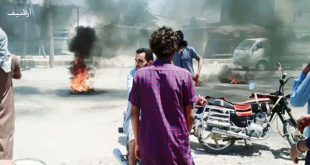 Hasaka, SANA – A youth was martyred by gunfire from the US-backed Qasad (SDF) militias …