Hundreds of displaced Syrians return from Lebanon to their liberated villages 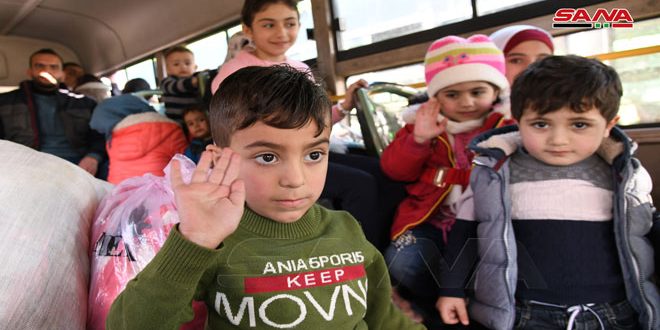 Damascus and Homs countryside, SANA- Hundreds of displaced Syrians on Tuesday returned from Lebanon to their villages and towns which had been liberated from terrorism by the Syrian Arab Army through the crossings of Jdeidet Yabous and al-Zamrani in Damascus Countryside and the crossings of al-Dabbousyia and Jussyia in Homs countryside and that came in framework of the efforts exerted by the Syrian state for the return of all the displaced to their homeland. 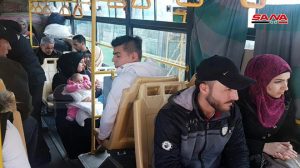 SANA’s correspondents to the crossings said that tens of the Syrian buses and trucks laden with luggage have entered through the crossings of al-Dabbousyia, Jussyia, al-Zamrani and Jdeidet Yabous coming from the Lebanese territories with hundreds of Syrian citizens on board.

The returnees had been displaced from their houses in the countryside of Homs, Damascus and other areas at the hands of the terrorist organizations.

SANA’s correspondent at al-Dabbousyia crossing in Homs countryside said that a number of buses with hundreds of Syrian citizens on board arrived in the crossing as they were transported to their villages and towns after providing the required health services for them, particularly the vaccines for children. 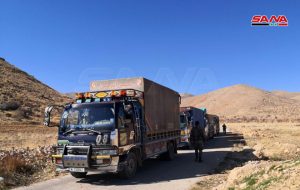 Meanwhile SANA’s correspondent at Jdeidet Yabous crossing in Damascus Countryside said that hundreds of displaced Syrians returned from Lebanon through the crossing on board buses and they have been accompanied by trucks laden with the luggage of the returnees.

The correspondent added that the returnees will be transported to their houses in their towns and villages after restoring the basic services for them by the bodies concerned in the province.

In Western Qalamoun area in Damascus Countryside, SANA’s correspondent at al-Zamrani crossing said that tens of private cars and trucks have entered through the crossing coming from the Lebanese territories with hundreds of the displaced who are heading for their towns and villages which have been liberated from terrorism.

A number of the returnees expressed thanks for the Syrian Arab Army for its sacrifices and heroism which have resulted in liberating their villages and towns from terrorism paving the way for their return today to their homeland after years of displacement. 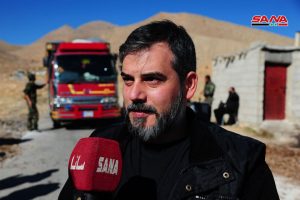 They indicated that the return of the basic services to their areas have encouraged them to return and to practice their normal way of life.

The returnees added that there are large numbers if displaced Syrians who are willing to return to their villages and towns after restoring security and stability to them and they are waiting for finishing the required measures for their return from the Lebanese territories.

Over the past two years, tens of batches of the displaced Syrians have returned from Lebanon through the crossings of Jdeidet Yabous, al-Dabbousyia, Jussyia and al-Zamrani to their villages and towns which had been liberated from terrorism by the Syrian Arab Army. 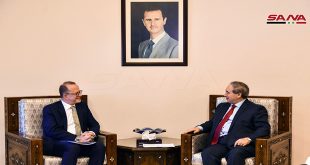