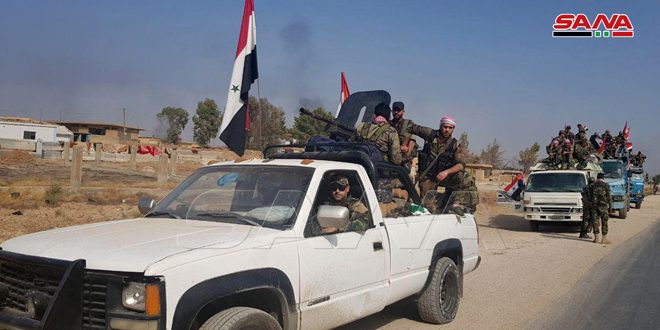 SANA reporter in Aleppo said that units of the army entered Ayn al-Arab in the farthest north-eastern countryside of Aleppo. Meanwhile, the families welcomed the army.

Earlier, units of Army expanded their deployment in villages and towns of Tal Tamer in Hasaka north-western countryside as part of their duties in defending the Homeland against the Turkish aggression and its mercenary terrorists.

SANA reporter said that the army units entered several new villages in Tal Tamer town , and expanded deployment at a distance of 15 km in the villages of al-Arbae’en, Lylan, al-Ameriyah, al-Tawilah reaching to al-Ahras and al-Manajir northwest of the town.

The reporter added that the army units are continuing their deployment in the remaining villages and towns in Tal Tamer, about 40km northwest of Hasaka city. 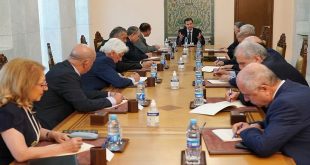 Damascus, SANA-President Bashar al-Assad on Thursday chaired a meeting for the central leadership of al-Baath …