Despite challenges, pharmaceutical industry in Syria covers 90% of market need 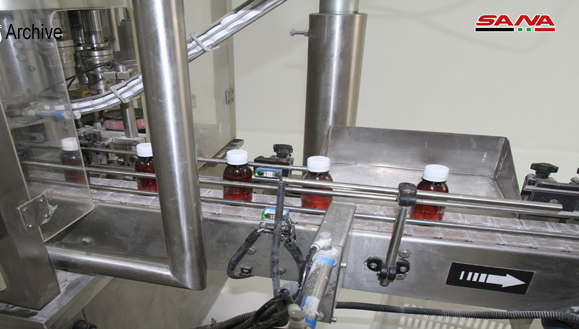 Damascus-SANA_ The Syrian pharmaceutical industry has surmounted many difficulties, challenges and unilateral economic measures imposed on the country.

The pharmaceutical industry managed to provide 90% of the local market needs and continued to develop its production and launch new production lines.

Deputy Minister of Health, Dr. Obaida Kattie, told SANA that the number of licensed pharmaceutical factories in Syria amounted 96 ones of which 92 are in service and production.

He said that these factories provide 90% of the local market needs.

Chairman of Board of Directors of al-Hassan for Pharmaceutical Industries Dr. Ahmed al-Hassan, said that preparations are underway to establish a new plant in Adra Industrial City and to develop new production lines after his factory was sabotaged by terrorists in Quneitra.

From the UNIPHARMA company for pharmaceutical industry, Director of quality control Dr. Nidal al-Husami said that the company, since its inception in 1994, did not stop working and continued to produce 250 kinds and types of pharmaceutical products, pointing out to the main difficulty faced by the company which was the difficulty of importing raw materials.

He emphasized the importance of local production to provide medicines at reasonable prices instead of importing them.

In Aleppo, workers in al-Sa’ad Pharmaceutical Industries Company continued to work and produce despite the terrorist threats they were exposed to. They supplied the local market with about 170 kinds, according to Dr. Lina Yazbek.

She said that the company produces various pharmaceutical forms and has a license to produce more than 60 kinds  since the beginning of the crisis. 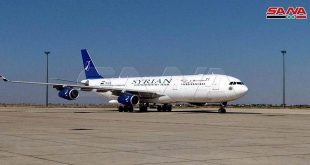 Damascus, SANA- Transport Ministry announced on Monday that the Syrian Airlines will run a flight …