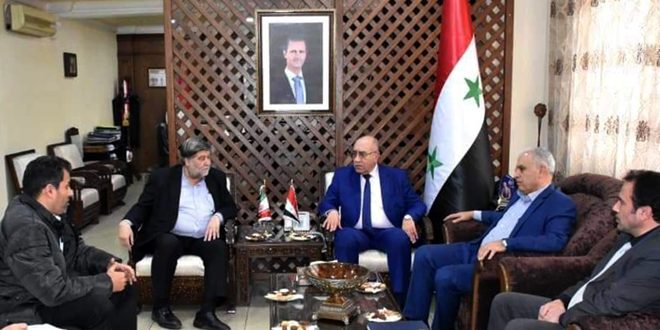 Damascus, SANA- Minister of Industry, Ziyad Sabbagh , discussed with Iranian economic representative in Damascus, Abbas Akbar , means to boost cooperation between Syria and Iran through the establishment of projects that achieve economic feasibility that can be implemented in light of the unjust siege imposed on the two countries.

During the meeting held at the Ministry’s headquarters, Minister Sabbagh stressed the importance of continuous coordination to launch projects that achieve common interest and contribute to overcoming the repercussions of unilateral coercive measures.

For his part, Akbari pointed out the importance of launching joint projects that benefit the national economy of both countries in confronting the economic war imposed on them.