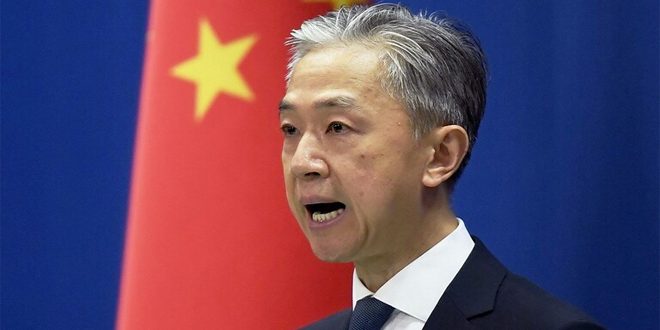 BEIJING, Aug. 15 (SANA) – A Chinese foreign ministry spokesperson on Monday urged the United States to strictly abide by the one-China principle and the three China-U.S. joint communiques, and handle Taiwan-related issues prudently and properly, saying that China will take resolute and effective measures to safeguard its national sovereignty and territorial integrity.

Xinhua said that Spokesperson Wang Wenbin made the remarks at a regular news briefing in response to a query on the visit of U.S. lawmakers, led by Senator Ed Markey, to China’s Taiwan region.

Wang said that U.S. Senator Markey and his delegation insisted on visiting China’s Taiwan region in disregard of China’s solemn representations and firm opposition, and this is a blatant violation of the one-China principle and the three China-U.S. joint communiques, infringes on China’s sovereignty and territorial integrity, and sends a seriously wrong signal to the “Taiwan independence” separatist forces.

The one-China principle is a consensus in the international community and a basic norm governing international relations. It is also the political basis for the establishment of diplomatic relations between China and the United States, and for the development of bilateral relations. The reunification of China is an unstoppable historical trend and the formidable common will of the Chinese people, Wang said.

China once again urges the U.S. side to abide by the one-China principle and the three China-U.S. joint communiques, handle Taiwan-related issues prudently and properly, and stop fudging, hollowing out and distorting the one-China principle so as to avoid causing further damages to China-U.S. relations as well as to peace and stability across the Taiwan Strait, Wang said.

“Associating themselves with the separatists in Taiwan and attempting to challenge the one-China principle is a misjudgment and will get these small number of U.S. politicians nowhere,” he said. 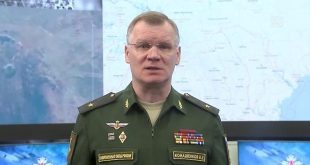 Moscow, SANA- Fighters of the Russian Aerospace Forces in the Nikolaev region shot down two …