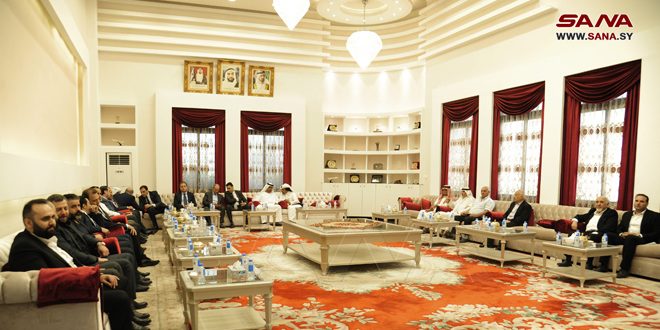 Damascus, SANA-For the second day in raw, official and popular delegations offered their condolences at the UAE Embassy in Damascus over demise of late President Sheikh Khalifa bin Zayed , President of the United Arab Emirates. Elders and dignitaries of the Syrian Clans, popular delegations, representatives of some institutions, businessmen, a number of ambassadors and representatives of Arab embassies in Syria also offered condolences, in addition to Russian Ambassador in Damascus Alexander Efimov ,and the Resident Coordinator of the United Nations and Coordinator of Humanitarian Affairs in Syria, Imran Reda.

Damascus, SANA-One coronavirus case was recorded in the country, in addition to one recovery, with …